Trevisan is actually number 205 on the world ranking. It is the highest position in her career so far. In the recent tournament in Gardo (price pool of 25.000 $), she went all the way to the single finale. She was defeated by the Slovakian representative Anna Karolina Schmiedlova, who we will also see in Toruń this year.

Katarzyna Piter is the highest seeded polish player. She’s 217th in the actual world tennis ranking. This season she won the tournament in Orlando, Florida (price pool of 25.000$) among many others. Polish representative is coming back to Toruń after her last appearance two years ago. In 2015 she reached the second round. 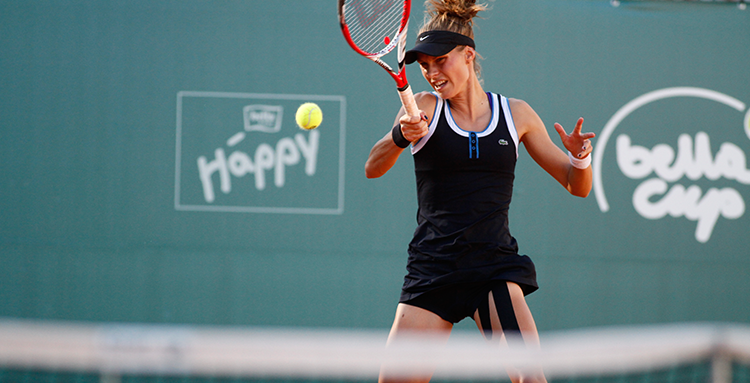 Second player representing Poland, sure to take part of this year’s main tournament is Magdalena Fręch. She is a very well-known player among the tennis fans in Toruń. Last year she went all the way to the single quarterfinal and in 2015 she played in the doubles finale.

In 23rd International Women’s Tennis Tournament Bella Cup 2017, we will also get to see many foreign players who visited us last year. Among many others, we will see Sofia Shapatava from Georgia, Gabriela Pantuckova from Czech Republic and Akgul Amanmuradova representing Uzbekistan.
Full list of this year’s players is available on the ITF website: www.itftennis.com