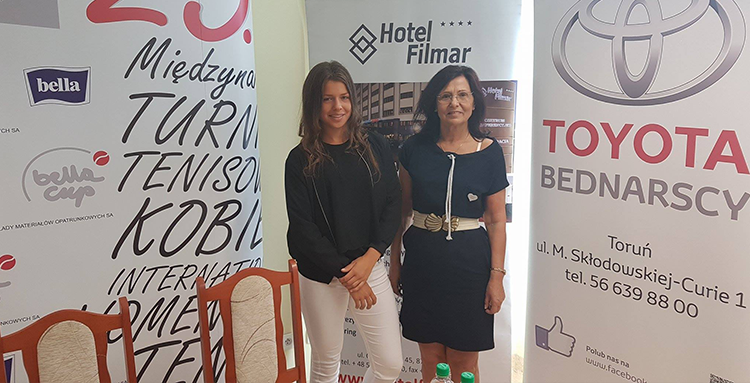 – It was a very wise decision. On that kind of tournament, it is important to promote players who stand out in the main national competitions

Organizers also informed about the first decisions regarding the wild cards to the qualification games. They were given to Natalia Komar, Zuzanna Szczepańska and Marcelina Marut.

– Those players are closely linked with the Kuyavian-Pomeranian region. They are members of the local clubs. We want to give them a chance in our tournament.

Qualification game will also be a first step in the Bella Cup tournament for Weronika Falkowska, Radom Tennis Academy ‘Masters’ player, who recently went all the way to the final of the ITF Great 1 doubles tournament on clay surface courts. Earlier this year, she won singles and doubles games in Magnolia Cup on tennis courts in Szczecin (ITF Great 4).