Another exciting day of tournament’s struggles is behind us. We will not see any of the Polish players in neither singles nor doubles further on.

Stefania Rogozińska-Dzik had to acknowledge the superiority of Romania’s Irina Maria Bara, seeded numer 4. Even though the match started off with Polish player’s break, it was Bara who gained an advantage and controlled each of the following games. Rogozińska-Dzik lost 2:6, 2:6.

– Despite losing, I am very happy that I was part of the Bella Cup tournament. It is my first such big tournament and I was even able to win one match with a player much higher in the ranking than me.

Maja Chwalińska was not able to succeed against the tournament’s “number 2”. Alexandra Kiick from United States is 184 positions higher than her in the world’s ranking and that difference was clearly visible on the court. Kiick won with the Polish representative 6:2, 6:2.

It was the end of the journey in the tournament for Polish doubles players as well. Weronika Falkowska and Martyna Kubka lost with seeded 1. pair – Danka Kovinić (Montenegro) / Laura Pigossi (Brasil) 4:6, 2:6. Julia Oczachowska and Zuzanna Szczepańska had to leave the competition after the defeat against the American-Ukrainian duo Robin Robin Anderson / Anhelina Kalinina 1:6, 2:6. 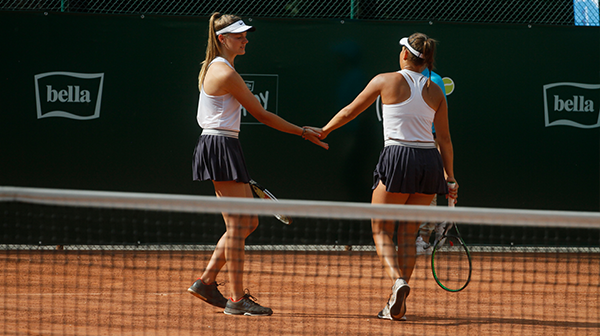